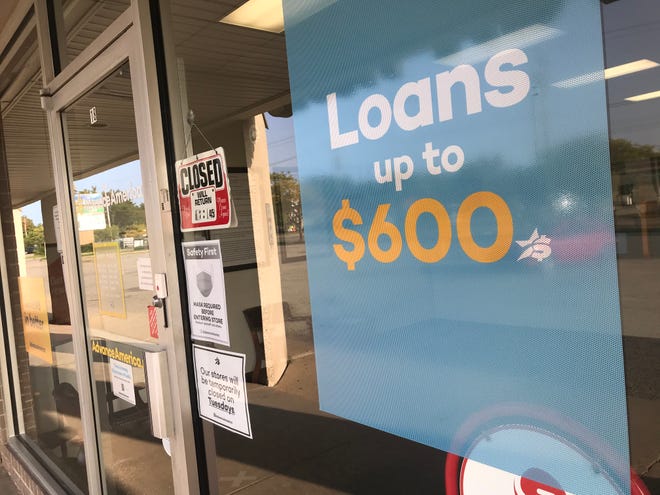 Lansing – A coalition of Michigan groups has taken the first step in launching a petition campaign to dramatically reduce the rates payday lenders can charge customers for short-term loans.

Last Wednesday, a ballot proposal committee called Michiganders for Fair Lending submitted the wording of its petition to the State Department. The group hopes to use the state initiative process to collect 340,047 signatures and submit its proposal to voters in November 2022.

â€œProverbs 22:22 says ‘Don’t exploit the poor for being poor.â€¦’ Yet that is precisely what the predatory payday lenders are doing here in Michigan.â€

The practices of payday lenders have been a subject of debate in Lansing for years. In 2020, Michigan House approved a bill that would have more than quadrupled the amount of money that short-term lenders might lend at some point. But the legislation stalled in the state Senate.

Under Michiganders for Fair Lending’s proposal, service fees charged by lenders would be capped at an annual percentage rate of 36%. According to the group, some Michigan lenders are currently charging fees as high as 370% APR.

Someone who borrows $ 100 for 14 days and pays a fee of $ 15 would face an APR of 391%. According to the wording of the proposed petition, the fee would be capped at around $ 1.38, a significant decrease in the amount of money businesses could withdraw from transactions.

Supporters of the payday loan restrictions have argued that short-term loans trap people in a cycle of debt. A 2018 report from the Center for Responsible Lending cited federal data that 70% of payday loans are taken out the same day a previous loan is repaid in Michigan.

“People can find a lot of things they can be divided over lately, but that’s just not one of those issues – the Michigans overwhelmingly agree that 370% APR is just too high.” said Jessica AcMoody, policy director for the Michigan Community Economic Development Association. â€œThese short-term loans regularly create long-term debt and a cascade of consequences, including multiple overdraft fees, closed bank accounts and bankruptcy. People end up in a worse situation than when they took out the loan. ”

But opponents of the restrictions argued that the small loans benefited clients who found themselves in financial emergency. They argued that limitations on the industry are pushing more lending into completely unregulated – and potentially more troubling – markets.

APR is not an appropriate way to visualize the cost of a small loan, said Andrew Duke, executive director of the Online Lenders Alliance, according to a report released earlier this year by NerdWallet.

â€œThe number ends up looking a lot higher and more dramatic than what the consumer perceives to be the cost of the loan,â€ said Duke.

Seventeen states and the District of Columbia already have caps of around 36% APR, according to Michiganders for Fair Lending.

Typically, payday loan showcases are not found in states with caps at 36%, according to a 2012 report by Pew Charitable Trusts.

Voters in Nebraska approved a 36% cap in November 2020. The measure rose from 83% to 17%. The initiative was funded by the Seize Thirty Fund and the American Civil Liberties Union, a liberal nonprofit. according to Ballotpedia.